I was to leave India on this section of my Around The World Tour, knowing that I shall be returning again in the next few flights. This was an opportunity to take a rest from the virtual skies and enjoy immersing myself in beautiful imagery from the Maldives. I had been looking forward to this destination since first sitting down with the official route and adding my numerous detours. In fact, the Maldives were the entire reason I have covered the entire length of India before I head back to the north of India upon my return.

Preparing the plane best I can is a simple process within the flight Simulator. Completing walk around checks are vital in real world flights although I do not experience the same likely hood of maintenance issues. Still, I checked what I could. I started both the engines whilst noting the engine readings were correct before using the radio to contact Trivandrum Control Tower to request IFR clearance.

By 10:05 my wheels were gently rolling along the taxi ways towards runway 14. In this time the clear skies had quickly clouded over and the first spots of rain were falling. Never-mind, I’d soon be above the clouds. I received my take off clearance and raised the landing gear at 10:16 to the sounds of rolling thunder. This wasn’t the sunny start to the my holiday I had hoped for.

My small Beech Baron 58 headed out over the sea and I may have been a little nervous if I was flying this for real as it became very bumpy at times. The view of the ocean that I had been expecting was blocked by the cloud which surrounded me at times. I tried to climb higher to get a view over the clouds but even at 14,000 feet I could not see any land. I was unsure how far I had flown as my GPS map showed now land in front nor behind.
Eventually I pushed through the stormy weather to see a blanket of cloud hanging below. The occasional flash of lightening indicated that there was more bad weather to come. So much for the tropical paradise I was expecting.

By 11:00 the storms had lifted and the world turned blue as I could see the clear skies above and the ocean below.
I still had 30 minutes left until my first way point set at the north point of the Maldive islands. The islands themselves were hard to pinpoint although the turquoise seas ahead were a good indication.

Contacting Malé center on 119.70 I could finally enjoy the weather I had hoped for. The radio response was the first time I had gotten to hear the pronunciation of “Malé” and up until that point had never been confident of my own pronunciation.
The rough weather seemed to be following from behind and as I made the 45 degree turn to the south at final hour would give the weather a chance to catch up. Still at 14,000 the many islands passed very slowly below, each marked with their own coral and sand patterns. The Maldives really are not displayed in their detail within FSX flight Simulator. I wonder if I should have purchased a scenery add on for this part of the world.

By 12:20 I was told to start my decent to 9,000 feet as I approached Malé airport before eventually decending to 2,000 feet. It took a far while to drop this much altitude and watched Malé runway pass by out of my left window. The clear weather was too good be true as the clouds had also rolled in again hindering my view of the runway for my landing. My aircraft touched down smoothly on a dry runway although the sounds of thunder could be heard in the distance once again. I taxied to my parking spot and watched a number of aircraft coming and going from the water strip next to the airport. 13:00 and I was all parked up and ready to enjoy my much awaited rest. 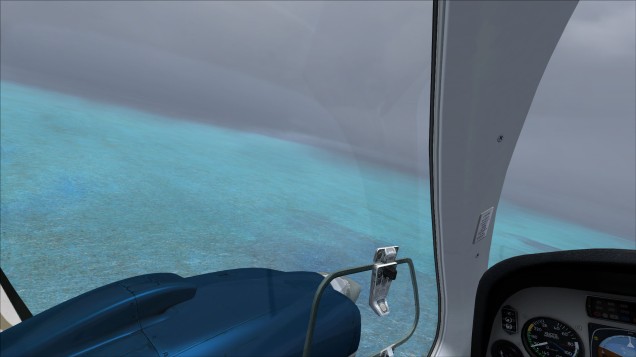 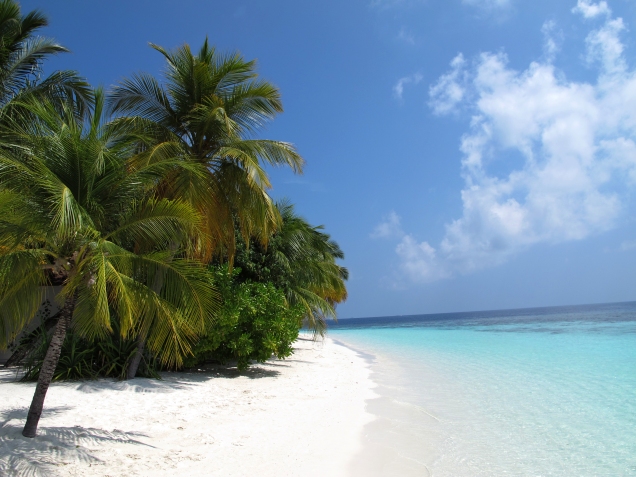 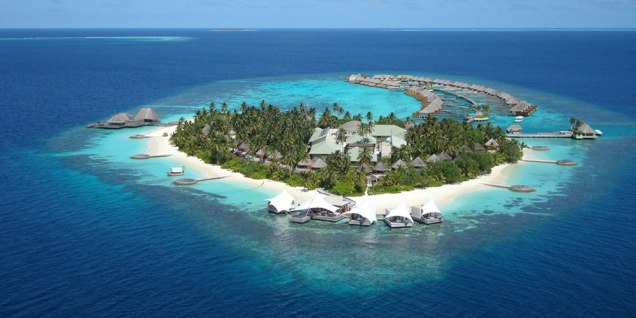 Maldives – A trip to Paradise – https://www.youtube.com/watch?v=p-j6hGSaqb0