At 09:34 on the lonely airstrip of Karad the temperature was still rising and had only reached a mild 16 degrees when I first checked all my instruments and started the engines for this leg of my tour. With no traffic in the airport or active radio tower, I could only announce my taxi and departure from the airfield. Facing south I could see a single small peak on the horizon standing out above the hills. On this portion of the tour I am flying South down the length of India along it’s Western coast so knew that I would be passing this mountain in a short while. Taking off with full power I soon entered a steep climb and very quickly re-trimmed the Beech Baron 58 to maintain a steady but gradual climb.

The air here was a little bumpy and I worked my way through patches of turbulence as I contacted Mumbai Center through the radios. I was surprised that despite the distance to Mumbai I was still directed to this radio center. As I gained altitude I noticed that the ground below didn’t seem to be getting any further away. The terrain was rising at the same rate as my gentle climb. By now the air temperature had climbed to 21 degrees. This was another sign which meant that I wasn’t that high in relation to the ground.

Following the hills to my right I was able to steal an occasional peak between the hills and saw the large drop to a few miles of land before the Indian coastline. I thought these views would have been spectacular and decided to take a better look. I stayed low, hugging the ground until reaching the drop-off and the views were as great as I had expected. I would love to see the same view for real as I am sure the simulator can only go so far in recreating these views. I must admit that before these past few flights, India was never a country I had considered visiting.

I turned back a little in order to re-connect with my flight path which would take me over many of the cliffs and dips in the landscape. The land changed from small settlements and fields to a vast forest coating the floor below. I thought about the wildlife which would have spent their entire existence within these forests and marveled at how much of the world we will never experience in our life times. From here I also caught the first view of the coast line with an estimated 34 mins left until I reached the my destination of Mangalore.

I enjoyed dropping and climbing whilst staying low over these forests until I took the final climb of the flight over the final ridge. The view instantly opened up all around my small aircraft as the ground dropped several thousand feet and I was able to see over the expanse of land and all the way out to the sea. Somewhere below in the distance was Mangaluru. I began my descent and saw the moon in the bright blue sky hanging over the mountains I was to leave behind.

At 31 miles away I contacted Mangaluru Airport and was told to enter a right traffic landing pattern and expect landing clearance on Runway 27. This would be directly West. (270 degrees.) I appreciated the near perfect weather I had been treated to on this flight as I saw the first few clouds forming on the edge of the mountains in the distance. This would have been the sea air being forced higher over the mountains and dropping the moisture they held.

Completing my full circuit of the airport I aligned myself with a bearing of 270 and crossed a river which lead directly to the airport. By 11:20 my wheels were turning against the tarmac once again and I noticed that this airport was also rather quiet with no other planes to be seen. This was an enjoyable flight with some great weather and spectacular scenery. I would enjoy learning more about Mangalore. 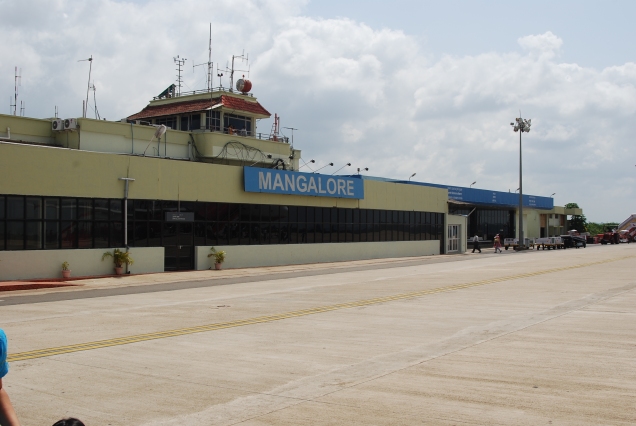 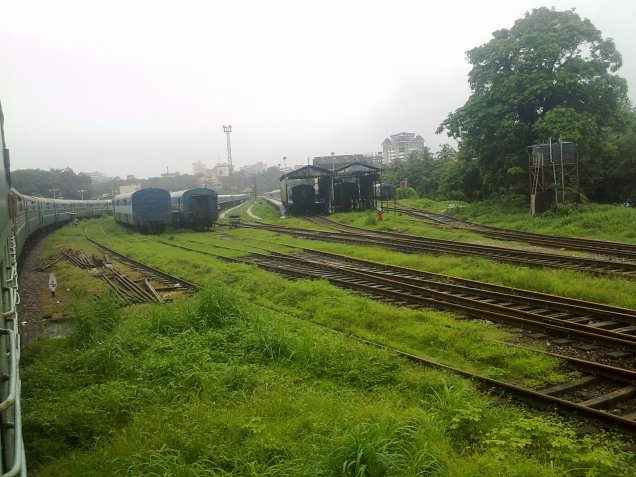